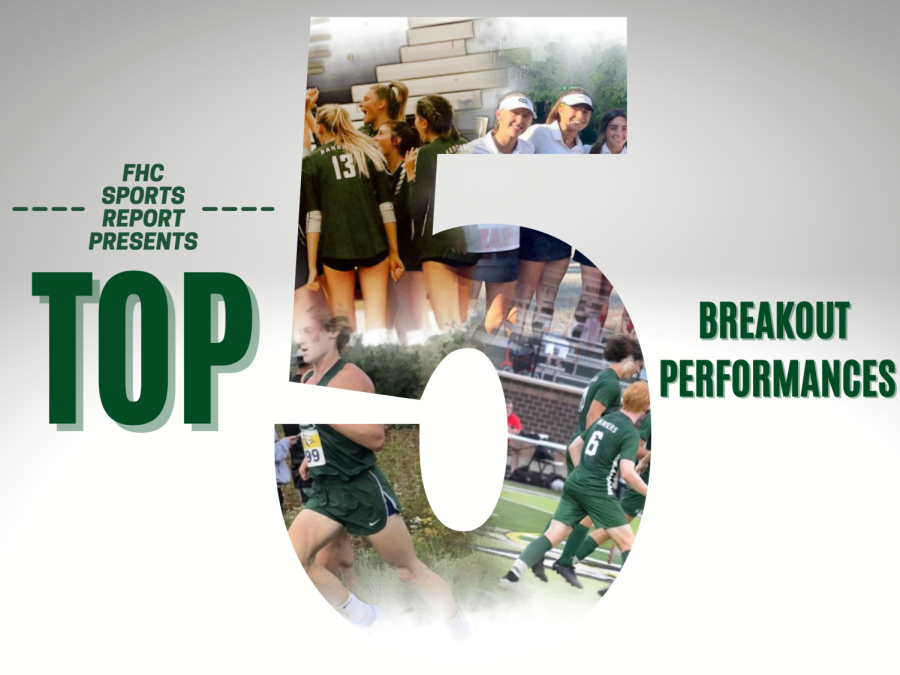 In the second game of the football season, against one of the best teams in the state, Justin Osterhouse put up one of the best performances you will ever see. He was playing in his second-ever varsity game, and ironically, the Rangers battled against the 10th best team in Michigan, Grand Blanc. Although the Rangers lost due to a devastating 76-yard, game-winning touchdown, Justin put up an impressive stat line of 236 passing yards, three passing touchdowns, 75 rushing yards, and one rushing touchdown.

“I was pretty nervous knowing that they were a state championship-caliber team, but I was going to play my game and stick to my strengths,” Justin said. “I felt like I had given everything that I could possibly do, and it still wasn’t enough.” 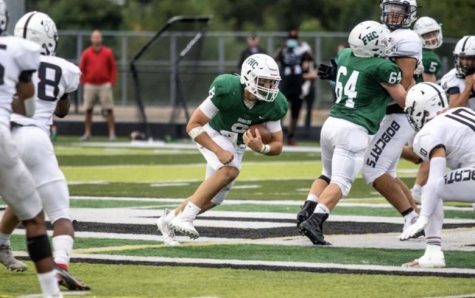 The day the JV golf team played against East Grand Rapids was a record-breaking day. The team had an excellent performance and broke the record of the lowest score by a JV team in FHC history, with a score of 175. East is always a very tough team to defeat, but the girls broke out and defeated them by 10 strokes. The girls shot a 43.75 stroke average for nine holes. Those were numbers that varsity teams normally put up. The young talent on this team is one that many people should be excited about in the future.

“We have a team of really great girls who practice and work really hard,” freshman Quinn Breslin said. “It felt great to see our hard work pay off.”

In a fierce battle against Greenville, the JV soccer team ended up winning 6-1. Sophomore Chris Dongmo stood out compared to everyone else, as he scored two goals. His two-goal explosion came at a perfect time for the team, showing what they were capable of. The difference he made on the field in this game was quickly noticed and should be recognized. All season Chris has stood out too; he has been putting up great numbers for the JV soccer team and has been a big part of the team.

In the third matchup of the season against Midland Dow, junior Noah Kriekard and senior Nick Yasenchak went in looking to finally get a win against the team they hadn’t beaten yet. Nick played them seven times, and he was never able to get one win. After playing the best game of their whole lives, they finally pulled it off; they finally beat DOW. For the first time, Noah and Nick were able to walk off of the court feeling satisfied and relieved.

“We played the best game ever and pulled off the monumental win,” Noah said. “It felt so good to get a win against them.” 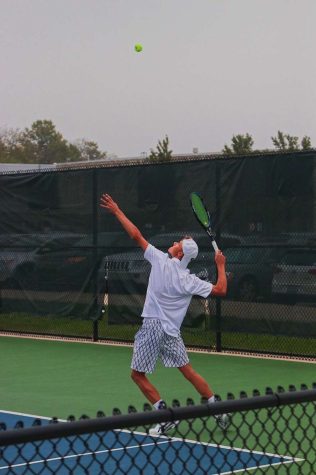 In the middle of the season, the girls cross country team lined up in the Cougar Falcon Invite. They completely dominated the scoreboard, winning by 30 points in front of the rival Forest Hills Northern. Sophomore Clara James-Heer placed first overall, and right behind her was Mia Bateson. Sophomore Peyton Ludwig came in sixth overall. The Rangers had seven runners in the top thirty. This was the team’s only win of the season, but they did it in a robust fashion. This win was huge for them, and it proved they were capable of winning future meets.

“I think that was a big confidence booster,” senior Rachel Marco said. “This year we had a young team, so it felt really good to prove ourselves against the competition. It felt like all of our hard work paid off.” 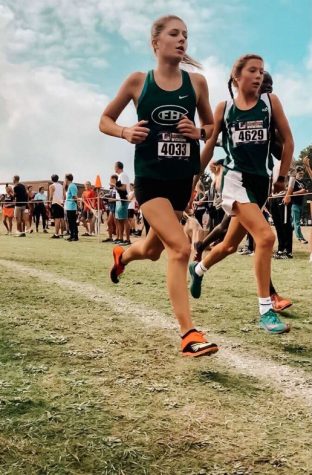