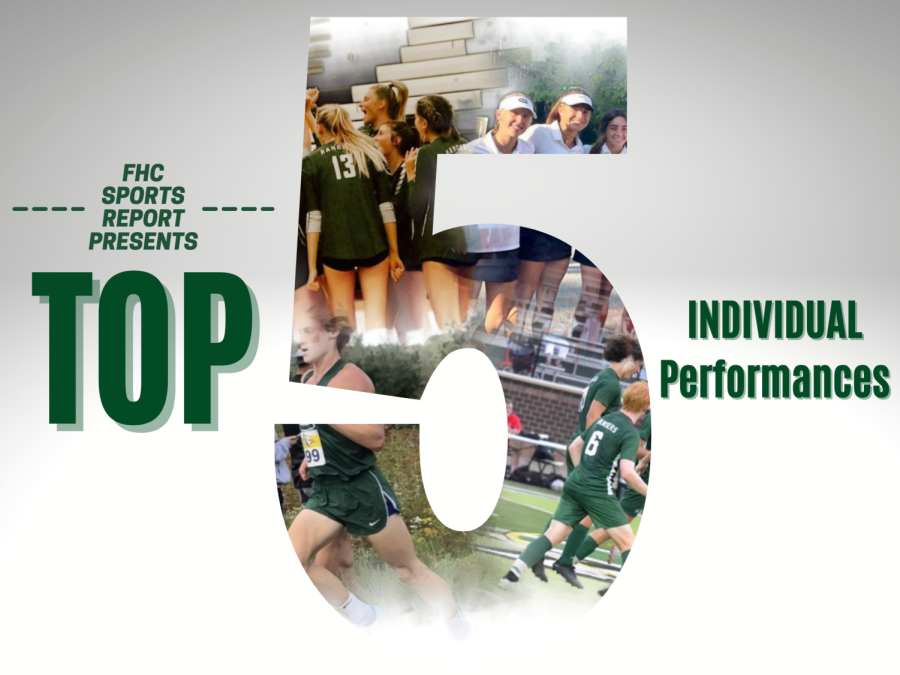 Senior Sam Yeager, a workhorse on the boys cross country team, and his hard work finally paid off in a record-breaking performance on Saturday, November 6, where Sam would become the second Ranger to eclipse the sub 16 mark in the 5,000-meter event. His time of 15:52 snuck him into the top 20 at the MHSAA LP Division 1 State Finals for 5,000 meters.

“Being able to go sub 16 finally and getting all-state was a goal of mine for a long time,” Sam said. “When I saw the time, my heart had dropped; I felt like all the hard work I had put in was paid off.” 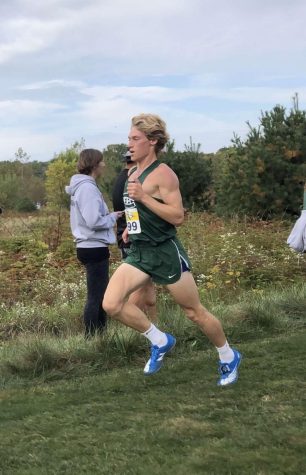 Sophomore Kyle Webb—the man, the myth, the legend—was on fire in varsity soccer’s district-semifinal victory over Lowell. To help keep the season alive, Kyle scored two beautiful goals, including a snipe from 25 yards out. Both of those goals pushed the Rangers over the edge against the Red Arrows and kept their playoff spark alive.

“It meant a lot to help my team win the game,” Kyle said. “It felt like a game where I would need to play my best to win, so I focused and did my job. Thankfully, it was enough to help get my team through the game.” 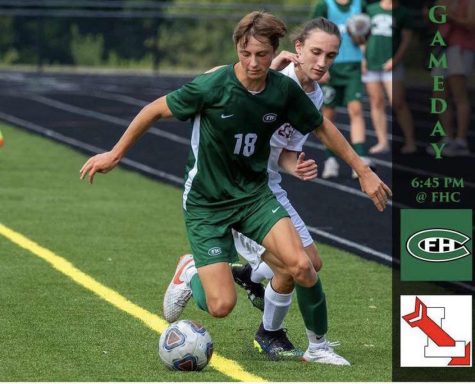 Kill after kill, Clemson commit Brooklyn Conner exposed Byron Center’s lackadaisical coverage near the net. Brooklyn dominated the Bulldogs, as she would finish with 17 kills and 3 digs. This would push the Rangers forward in the playoffs, as this win would set up the historical district final match against FHN that ended in a five-set comeback win for FHC.

“To accomplish this in the district semis meant the most. It was a huge game that helped us achieve the goal of winning a district championship which is something you can be proud of at the end of the day,” Brooklyn said. 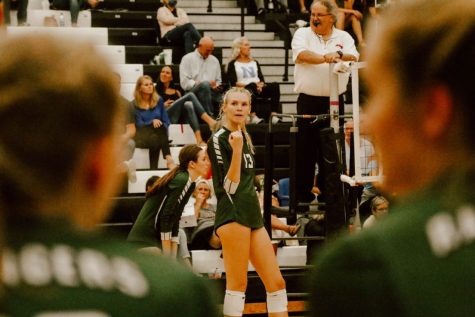 Junior Syndey VanLente swam her way to first place in the tri-match against Holland Christian and Hudsonville in her 200-meter individual medley that earned a final time of 2:19.27. Not only was this a showcase of what VanLente would prove to show all season, but this was also the opening match of the season. Quite the opener to a star-studded season for VanLente as she will now look to lead the swimmers next year as a senior.

“It meant that all the hard work I’ve put in and persistence is paying off. I couldn’t do it without the support of my teammates, who all helped me prepare so much during the offseason,” spoke VanLente, “It was really special to have my year start in such incredible fashion.” 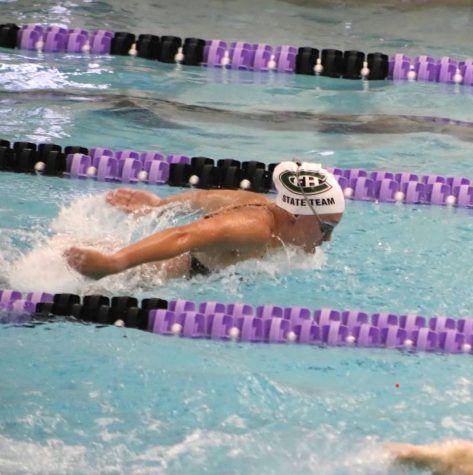 Max Holser’s clutch outing versus East Grand Rapids
Tied 7-7 at halftime, freshman Max Holser would find a way to enter x-factor mode. Max rushed for a 20-yard score and threw a dot to freshman Seder Middaugh for a touchdown. The Rangers won their last game of the season thanks to Holser’s performance in the 28-7 victory.

“That game meant a lot for our team. We knew they were a good team coming into it, so we knew we had to play our best. It was also the last game of the season, and we wanted to finish strong,” Max said. “The first half was not the greatest, and we went into the locker room tied at 7-7.  However, when we came out of the locker room, we dominated. Our defense and our offense played great that game, and overall, it was one of the best games of the season. 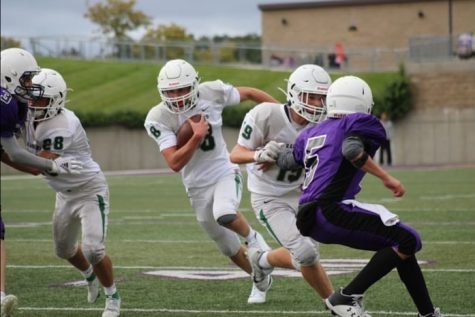