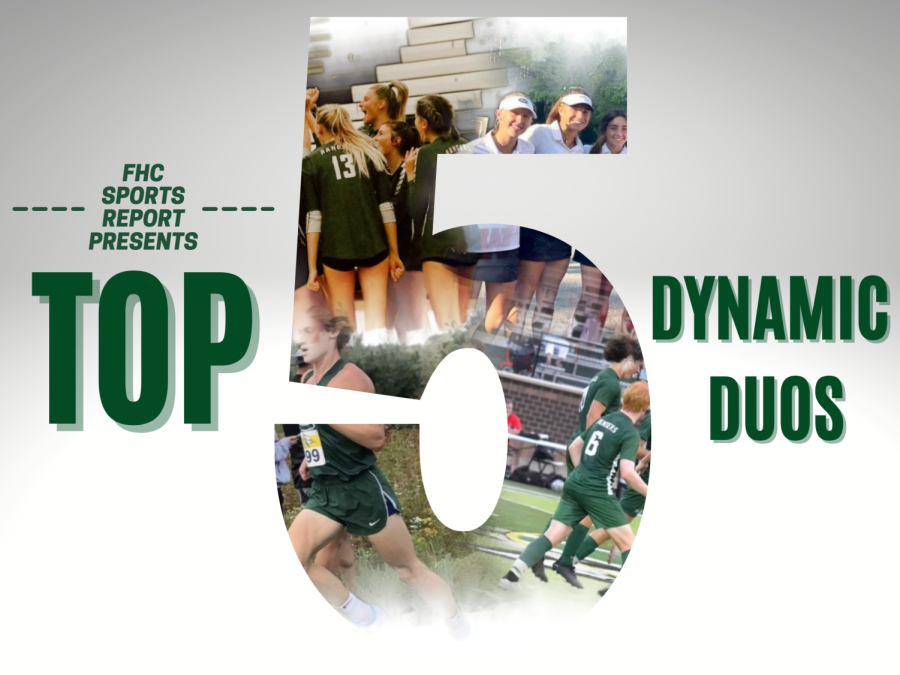 Carter Kelly and Will Richardson

When Will Richardson and Carter Kelly entered the FHC football program in their freshman year, it was difficult to predict the impact that they would have. Regardless, the two beastly linemen came to be three-year starters for an extremely stout Ranger offensive and defensive line. Not only did Carter and Will dominate opposing teams in their senior season, but they provided a blueprint for young, developing players with their blue-collared work ethic and constant drive to perform at a high level. There is no doubt that FHC’s 8-2 record is a product of this duo’s success and willingness to move bodies in the trenches.

“It was so much fun playing with Will for four years,” Carter said. “I wouldn’t trade him for anyone.”

“We had our disagreements and tough love,” Will said. “But, at the end of the day, he was always there for me.” 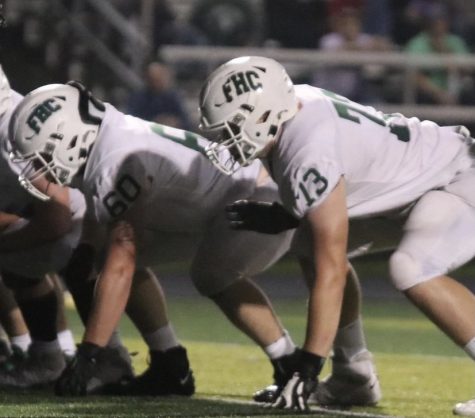 The 2021 JV volleyball team performed at an extremely high level all season, highlighted by impressive play from the duo of Maggie Sneider and Elana Kavanagh. The sophomore pair stood out to a large extent around the net; the blocks and kills did not stop coming when these two shared the floor. Maggie dominated the “Battle of the Hills” early on the season and carried FHC to first place, while Elana was outstanding in the girls’ three-game winning streak to cap off the year.

FHC fall sports in 2021 would certainly not be the same without the duo of Cully Herbert and Walker Sjolin. As senior captains of the varsity tennis team, Walker and Cully took the reigns at first doubles and rolled their way through the OK White Conference. Their incredible year was highlighted by an enormous win over Forest Hills Northern–the eventual state champion–as well as an outstanding performance at the MHSAA Regional Tournament. In the end, Cully and Walker cemented their legacy deep within the tennis program with an appearance at states.

“Cully and I accomplished a lot this season, like winning regionals,” Walker said. “Even though we didn’t win states, I was very happy with the season overall.”

With freshmen Ava Tyrell and Kaitlyn Childers among the class of 2025, the future of the FHC volleyball program is especially bright. As the team’s liberos, Ava and Kaitlyn are responsible for communicating with teammates, receiving serves, and making passes from the back row. The novice tandem delivered on these tasks all season long and contributed largely to the success of the freshman volleyball team.

“Kaitlyn is a very energetic person on and off the court, and she is really good at encouraging our team,” Ava said. “I love playing with her because she makes me a better player.”

Owen Godley and Will Hoffman

In a season in which the boys varsity tennis team loses a sizeable and significant senior class, the sheer ability amongst the underclassmen cannot be overlooked. For Owen Godley and Will Hoffman, their tennis careers are just getting started. The two sophomores enjoyed tremendous success, teaming up to dominate the JV level in nearly every match. As the FHC tennis program continues to develop young talent in upcoming seasons, make sure to keep an eye out for Owen and Will on the court.

“[Will’s] groundstrokes are way more consistent, so we can use that to our advantage when we play together,” Owen said.

“Playing JV is a great way to get better and have fun, but I feel like playing on varsity will help me become a more strategic player and have more confidence in my playstyle,” Will said.