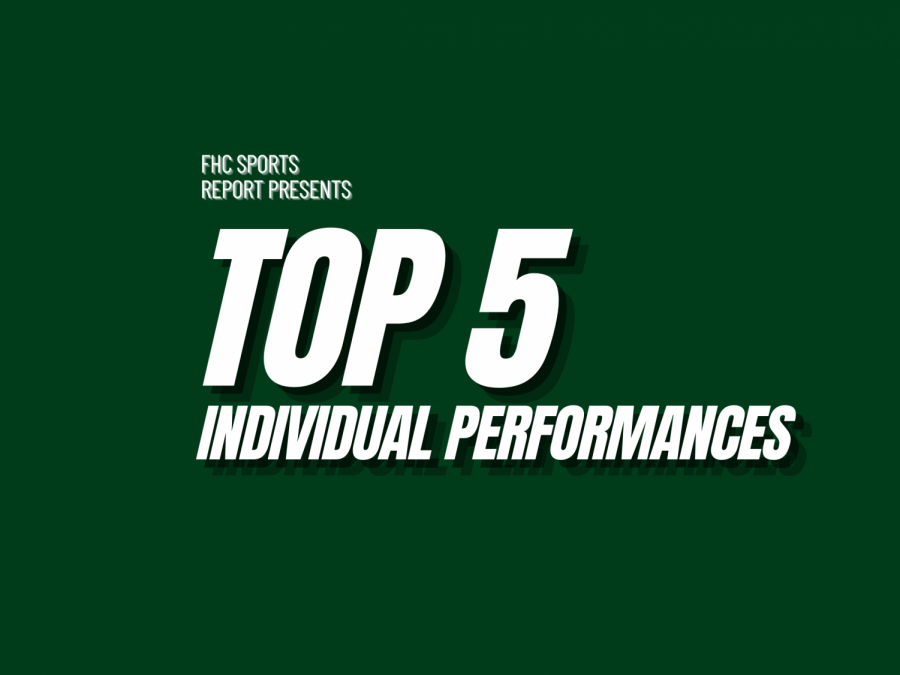 Five days before the OK White Jamboree at Railside Golf Club, junior Joe Murdock putted 39 times and had a hole-in-one opportunity lip out. The bottom of the hole wasn’t his friend that day, and he referred to his devastating 39-put performance as “horrible” and “pretty bad.” Switching his focus to the OK White Jamboree at Railside Golf Club the following Monday, Joe zipped up his short game and shot his best round of the year. Up until the final hole, Joe was tied with junior Brayden Elzinga from Byron Center and sophomore Drew Veldman from Lowell for first place. A textbook up and down on the last hole was enough to save par, landing Joe with an even-par 36 and a first-place finish.

“I kept myself in the right frame of mind and didn’t make the game harder than it had to be,” Joe said. “I hit 8/9 greens in regulation and mostly two-putted them to have 7 pars, 1 birdie, and 1 bogey.” 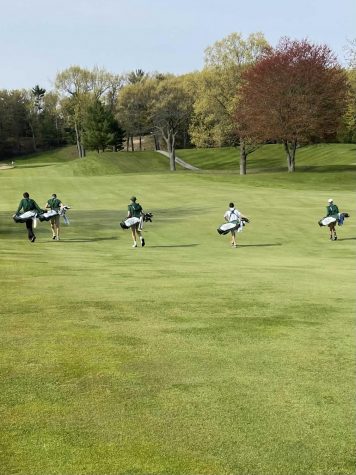 On April 29, against one of the more dangerous teams in the OK White circuit, junior Matthew Mittlestadt threw a signature game to break varsity baseball’s four-game skid in April. Matthew only gave up two runs and hits in six innings, which left fellow junior relief pitcher Joe Robertson with a comfortable five-run lead over the Grand Rapids Christian Eagles. Matthew’s 7-2 win against the Eagles was arguably the biggest win of the year; it shot a heavy dose of confidence into the team’s core and set them up for success later down the road.

“I was very happy that we beat such a good team that early in the year,” Matthew said. “It boosted me and my team’s confidence heavily; I kind of think it was a chance to show what I was made of and a huge win with the boys.” 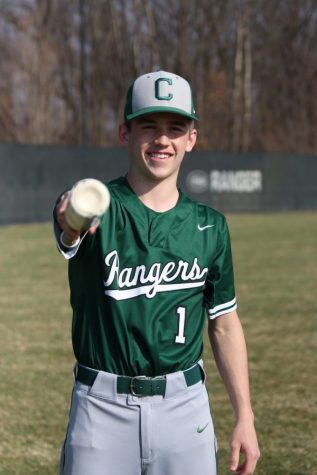 By finishing in second place at the MHSAa LP Division 1 Regional meet with a time of 51.99 seconds, junior Sam Yeager set a new personal record and easily qualified for states. Sam has run around a 52 all season, and ever since his freshman year, Sam has been an integral part of the FHC track program. After setting a new personal record and qualifying for states, he focused his attention on finishing near the top of the leaderboard for the 400 at states.

“There was really great competition, and I had so much support from my teammates and coaches,” Sam said. “It was also extra motivation to be able to earn a spot at the State meet.” 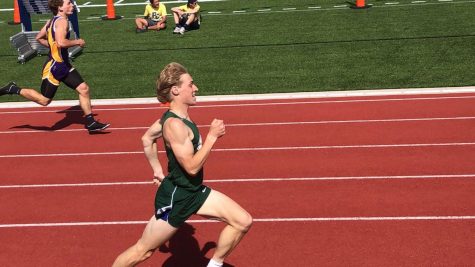 Freshman Olivia Oorbeck, a young multi-sport athlete, translated her success during the 2020-2021 girls swimming season to the spring JV water polo season. Throughout the nine-game season, Olivia proved to her coaches that she possessed the scoring prowess to play on the varsity team next year. Her most notable scoring barrage came on April 26 when Forest Hills traveled to play Portage United at the Zeeland Aquatic Center. In an overwhelming 17-3 victory over Portage, Olivia scored seven goals.

“The big changer for me was just the confidence to actually shoot the ball,” Olivia said. “Another changer was just being able to trust our goalie, Sydney Bacon, would come up big and able to trust my teammates as well.” 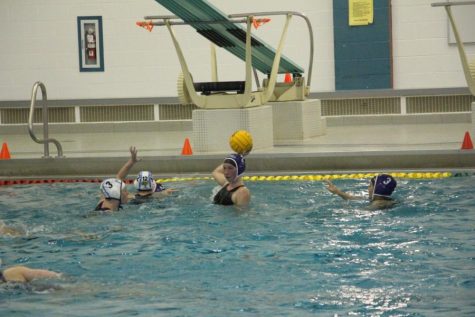 Brooke Bowers at Battle of the Hills

The current freshman class has been dubbed by many as one of the more athletically gifted grades to come through FHC in a while. Freshman Brooke Bowers is at the top of the list in terms of pure athletic ability. While competing at the Battle of the Hills hosted by Forest Hills Eastern, Brooke demolished the previous pole vault record set by Katlynn Emaus by two feet. Her 12-foot pole vault record ranks among the top five in the state; an exceptional performance at states was in her future thanks to this outstanding outing at the Battle of the Hills.

“I felt a real sense of accomplishment when I broke the record because I put in a lot of time training to reach this goal,” Brooke said. “I couldn’t have done it without my coaches and encouragement from my teammates.” 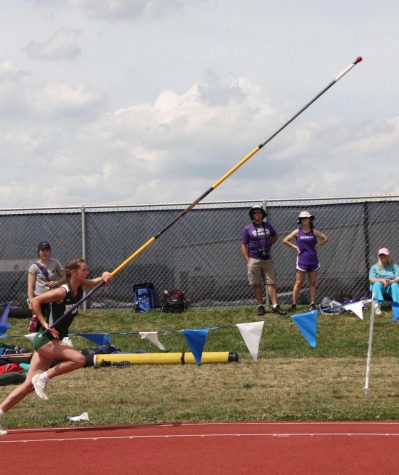 Who is your pick for best individual performance?