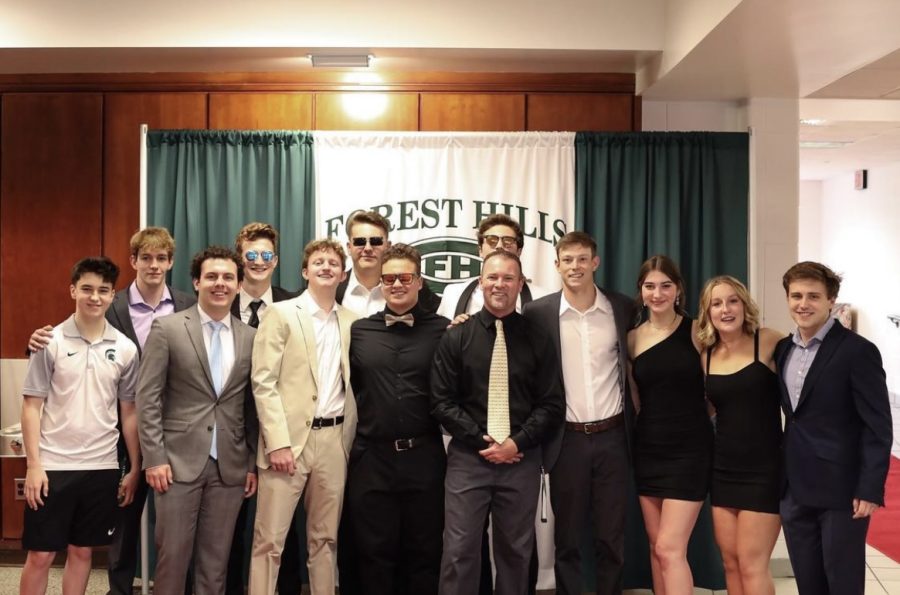 For the past two years, I have spent my sixth hour giggling about idiotic things with Thomas Cobb, making fun of Joe Murdock in every way possible, debating between Tom Izzo and Juan Howard with Pierson VanGorp, hyping up the Hoppsta for being himself, and trying to act like less of a degenerate than Mac Boike. There isn’t a catch line to this joke—all you have to do is read again at the names that were mentioned above and wondered how those guys, including me, had anything to do with a school newspaper like the FHC Sports Report. To this day, I still am perplexed by it. The one thing that does make sense to me, though, is that our deep bond with each other and the rest of the sports report room is what contributed so much to our success. This year, the additions of Noah Moore, Ian Goodman, Teague Greer, Riley Koehler, Serena Thiede, and Lucas Thompson were obviously vital, as they all filled the voids left by the seniors last year.

This bond became something special for me this year when Anthony Sultini took over the advisor position for the FHC Sports Report. Early on, I know we were all skeptical of the change in routine. See, the problem was that we were on our own for the majority of our junior years. Without as much teacher supervision, we started to get used to not having a set of adult eyes watching over us. Because we were accustomed to leading the class ourselves, I think everyone was hesitant to see how Sultini would fit into the picture and where his authority as a teacher would come into play. As the year progressed, though, Sultini got more comfortable and began to put his own personal touch on class. His heavy involvement in the first-ever Ranger Country Gameday episode and the FHC Sports Report Awards is what attracts the most attention from parents and students alike. However, what makes Sultini so special—what makes him so deserving of being the FHC Sports Report’s full-time advisor—is his ability to motivate his students through love and admiration. To this day, Sultini is one of the few teachers that I have ever heard say, “I love you.” As silly as it sounds, hearing him say that after we wrapped up the FHC Sports Report Awards on May 15 was one of the most memorable moments I’ve had with a teacher. As I would come to find out, those three words were more rewarding than walking across the graduation stage. Never mind a handshake or diploma, all I was interested in before graduation was cherishing the relationships that got me through high school.

Beyond the fact that Sultini loved every one of us like one of his own, he also was one of the few teachers that embraced our camaraderie with each other, as well as the goofy antics that were sometimes a product of it. Whether that might look like a griddy break or a moment of face spasms, Sultini made Room 215 feel like more of a home than anything. And most importantly, he allowed us to enjoy each other’s company while our time at FHC was coming to an end. For that alone, I am grateful to him.

If this year is any indication of what Sultini will bring to the FHC Sports Report for years to come, I hope people get to enjoy the same nostalgic, lively atmosphere that I was able to enjoy this year with some of my closest friends. I’m not worried about what the future holds, though, as I’m confident that Serena Thiede and Lucas Thompson will lead the site to even greater heights. Something special is brewing in Room 215.