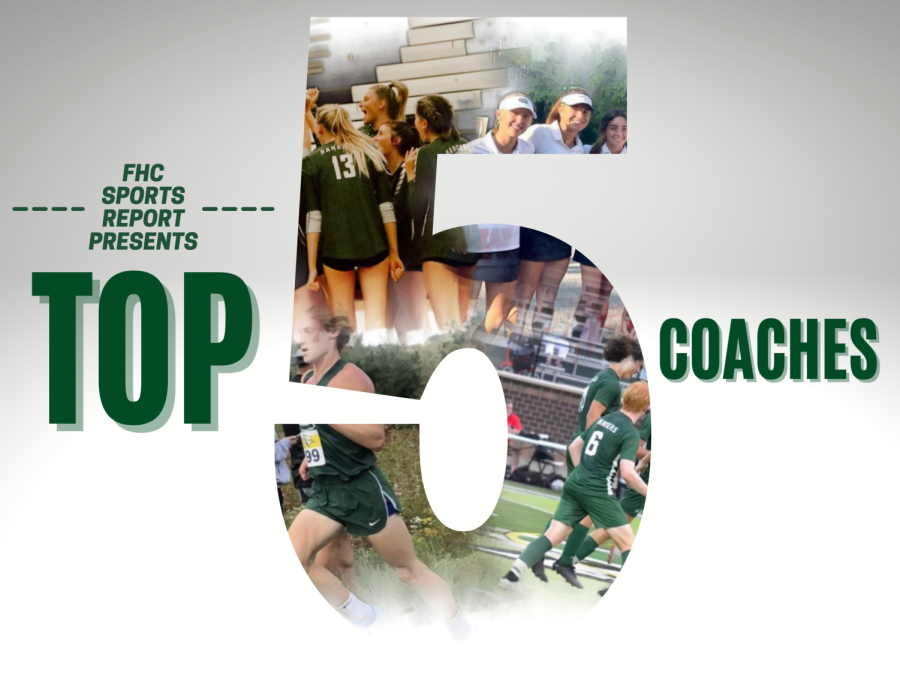 Heading into his seventh season as head coach for the varsity football team, Tim Rogers prepared to coach arguably the most talented team he’s ever had. Big names on the team included seniors Conner Milton, Jacob Bonnett, Hunter Robinson, and Tyler Weaver. With high expectations, coach Rogers had his team prepared for the start of the season, even with an injury to senior quarterback Hunter Robinson. The highly-talented squad started the season off 1-0 after an impressive 28-0 defensive performance versus Jenison. The Rangers’ next matchup would be one of the biggest out-of-conference games for FHC in the Rogers era. Forest Hills Central would match up against Grand Blanc. In a back-and-forth shootout, the Rangers were stunned after a long touchdown from the Bobcats. The Rangers would fall to 1-1. Rogers would then lead the Rangers to an undefeated stretch in their conference games, finishing with an 8-1 record in the regular season and a conference championship. In their final game against Mona Shores, FHC brought everything they had defensively but could not prevail. Coach Rogers led FHC to an 8-2 season with a conference championship and playoff appearance.

After a 4-10 season, the boys varsity soccer team wanted a different story for its season. With a ton of experience, including seniors Ben Taylor, Jayden Savin, Sam Kelly, and junior Noah Gleason, the team felt more confident in their all-around ability. The new faces on FHC were Lance Childers and Kyle Webb, who also made an impact on the season. Head coach Paul Kramer mixed the talent with the experience into a very successful season for the soccer program. The team went 6-7-1, with big wins against West Catholic, Byron Center, and Forest Hills Northern. In the postseason, coach Kramer and his team displayed a substantial amount of chemistry. Starting with the conference tournament, FHC went 1-2; however, they lost by a combined two goals in those two losses. The team felt like it was really close to a breakout and proved it when playoffs came. Coach Kramer led the Rangers to their first district championship since 2015 after beating Cedar Springs, Northview, and Lowell. Their Cinderella story ended after losing in a dog fight to Petoskey. Regardless of FHC’s last game, coach Kramer and FHC had one of their most successful seasons in recent history. 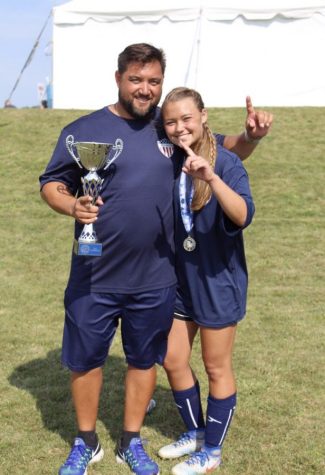 Forest Hills Central is considered one of the best football programs in West Michigan. A big reason for that is the success and development of the freshman and JV teams. Head coach Tony Sultini deserves an immense amount of credit after another successful season for both the freshman and JV teams. With the JV team, it was no surprise to see them dominate their opponents. Led by sophomores Mason McDonald, Drew Fortino, and David Galloway, the JV team went 8-0. Domination is one word to describe FHC’s season, as they won by an average of 26.25 points per game. Switching teams, the freshmen team might not have had the best accomplishments, but the way they fought through their season was spectacular. Starting with under 20 players, the freshman team dealt with a shortage of players at specific positions. Freshmen Max Holser and Brendan Cargill led the way for FHC. The start of the season was not ideal, as the team went 1-2-1. However, the team caught fire in its final four games. Coach Sultini created chemistry with his players, and it showed with the team finishing 4-0 to end the season. The freshman team finished the season 5-2-1 and finished in dominating fashion by defeating East Grand Rapids 28-7.

If we’re talking about the outright most dominant team at FHC, the girls JV golf team needs to be in the conversation. Head coach Chris Sobieck deserves most of the credit for its stellar season, as he led the girls to an 11-2 season. The team started 0-1, which was not ideal, but the next chunk of the season made up for those early-season losses. Led by sophomores Josie Crosse and Kiera Kemppainen, the girls JV golf team went on a six-game win streak. In their first eleven games, the Rangers bullied opponents and won nine games. Their pinnacle of the season came against East Grand Rapids, in which the team scored 175—the lowest score ever from a top-four group in FHC history. Record-setting performances and big-time wins were not a surprise with coach Sobieck at the helm. Finishing the season at 9-2, the girls JV soccer team showed out with one of its best seasons in team history.

Entering the season, the boys JV tennis team had some high expectations for their season. Head coach Mitch Timyan was known as an intelligent coach and a good developer for the lower levels of boys tennis. The start shadowed this as the boys JV team started the season 3-0. The biggest moment for the Rangers in their season was the portage tournament. After almost winning the tournament, the team narrowly missed first place and settled in the top three. Overall, the team controlled most of their matches, ending with a 10-5-1 record. Led by sophomores Owen Godley and Will Hofman, the Rangers concluded their season content with their final record heavily thanks to coach Timyan.