The underclassmen duo of freshman Lucy Wu and sophomore Ella Hunnewell broke out for a successful varsity tennis season and carried the load. The two girls picked up big wins over schools such as Lowell and Northview and moved on to a significant playoff run. The duo made a deep run in the regional tournament before falling just short in point count to qualify for states. 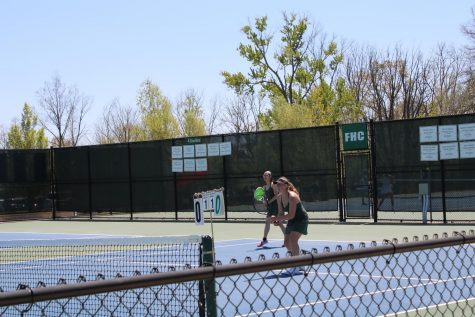 The two most essential pieces of the girls varsity lacrosse team were sophomores Gabby Hendricks and Shannon Murphy, who have been running the show these last few weeks. In one of their more recent wins versus Ann Arbor Skyline and from games earlier this month, like the victory over Spring Lake that ended 12-10, Gabby and Shannon have put FHC girls lacrosse on the map.

“Shannon and I have older siblings in the same grade, so we knew each other pretty young and started lacrosse around the same time, Gabby said. “We have gone to camps together and played on the same summer teams before, so the field chemistry has grown with each other. We can now easily work together at the high school level.” 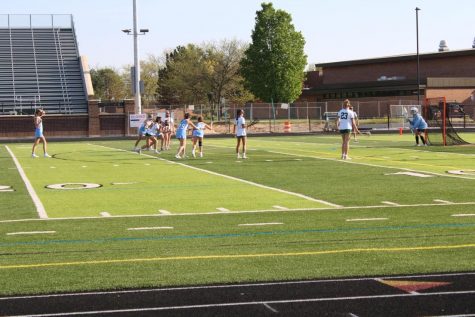 As two pieces of the finest defense in the state, senior wing defender Deacon Lobdell and sophomore Jack Elliot have developed a great deal of chemistry and have been integral pieces of the boys varsity lacrosse team this year. Deacon has fit in splendidly in his first year as a varsity starter, and Jack has emerged as one of the best defenders in the Midwest by only allowing two goals to opponents this season before even playing a junior varsity game. Notable teams such as Carmel (Indiana), Hamilton Southeastern (Indiana), Detriot Catholic Central, Detriot Country Day, Forest Hills Eastern, and East Grand Rapids were all held to single digits because of Jack and Deacon’s tremendous work.

“Deacon and I have never played together before this year, so we had to grow chemistry fast and trust each other in order to hold down the defensive end,” Jack said. 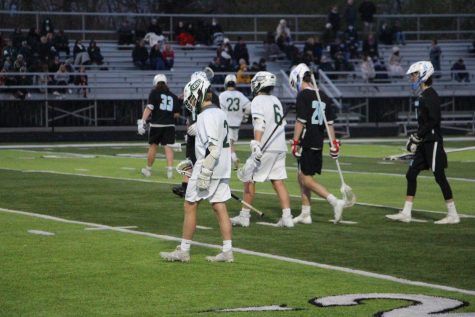 Although the girls JV softball team has had its up and downs this season, the duo of sophomores Lauren Halverson and Charlotte Stephen has managed to put on quite the show all year long. If it weren’t for these two, a win in the Calvin Christian series, series sweeps against Lowell and Greenville, and a big early-season victory against East Kentwood would be difficult to pull off. Watch out for these two next year, as Charlotte will join Lauren on the varsity field after her call-up for playoffs.

This year’s lone senior duo comes from the diamond, as power-hitting stars seniors Joey Wise and Brady Price have proved to be vital pieces of the varsity baseball team. No matter what the situation was, these two have had their names called all season because of their outstanding efforts on the offensive side of the game. They have accounted for a large portion of the Rangers’ offensive output. Not only have they provided offensive firepower for FHC, but they have also kept the defense in check. These two have proven to be quite the trick for the Rangers’ success this season. 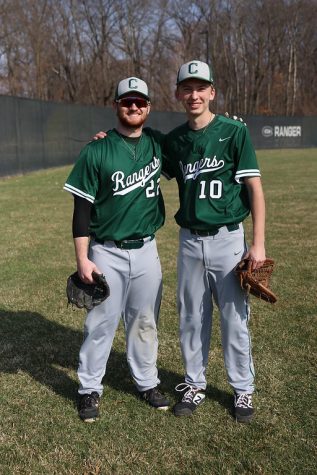 What is your pick for best dynamic duo?