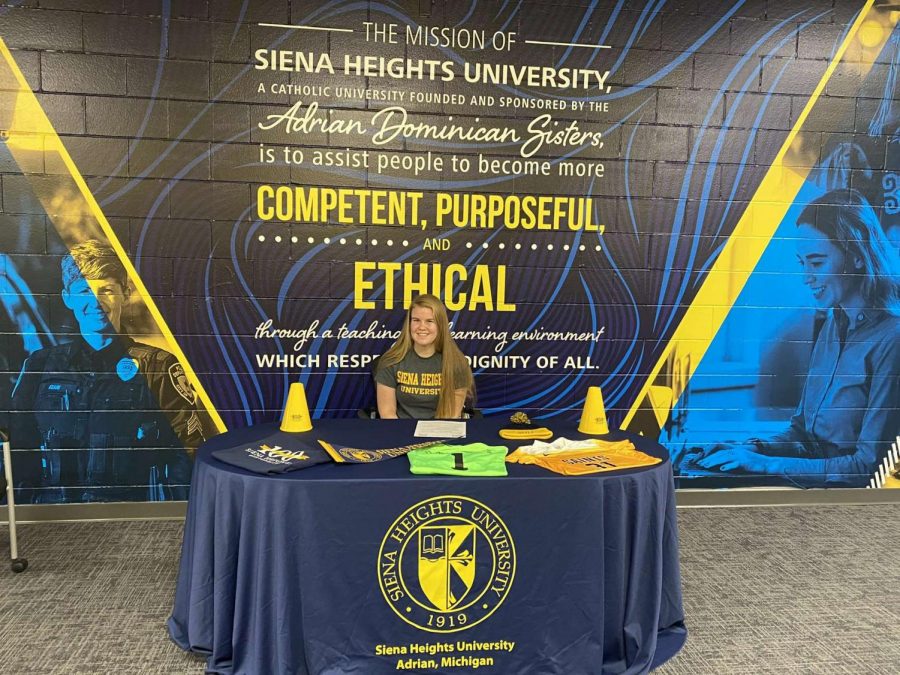 On and off the pitch, senior Rachel Lynch has made it her mission to tune out the static background noise and thrive between the two goalposts as a Midwest United FC stalwart goalkeeper. Rachel has officially decided to continue her soccer career at Siena Heights University in Adrian, Michigan. Always a Ranger and now a Saint, she is beyond excited to have the opportunity to play more of the game she loves.

When did you realize that you had the ability to play at the next level?

“My sophomore year when my club soccer coach asked me if I wanted to play in college. He told me I was skilled enough to play at any level I desired. Also, college recruiters were contacting me.”

Looking back at your high school career, what moment stands out to you the most?

“I actually have yet to play a season for high school because of previous circumstances. One of the significant moments from my club seasons would be my junior year. In the State Cup, I was able to make an upper-90 save that in turn allowed for my team to win the game and advance into the next round.”

Who has been the most influential person so far in your soccer career?

“The most influential people in my soccer career have been my goalkeeper coaches: coach James and coach Nate. Each coach showed me their love for soccer and goalkeeping and passed it onto me. Also, a huge shout to my parents for signing me up to play soccer and driving me to all of my games.”

As a goalkeeper, what can you bring to the soccer program at Siena Heights that other goalies can’t?

“I’m bringing my aggression and fearlessness to the soccer program at Siena Heights. I’m tough and not afraid of getting hit, which sets me apart from other keepers. I’ve been bruised and battered, but I always get up and make another save.”

What made Siena Heights the school for you?

“Siena Heights felt like home. When I first stepped foot on campus I knew this is exactly where I wanted to be. I felt as if the coaches really wanted me on the team. I even had the opportunity to train with the team, and the practices consisted of everything I wanted. It was the perfect match.”

If you were to go up against any player in the world in a sudden death penalty shootout to win the World Cup, who would you choose?

“I would choose my brother, Bobby. First off, he isn’t the greatest player, but he pulls the competitive side out of me. I would hate to lose to him, so it would motivate me to jump higher and stretch out farther in order to make the save.”

When you’re thirty and look back at your time at Siena as a Saint, what do you hope to be remembered for? 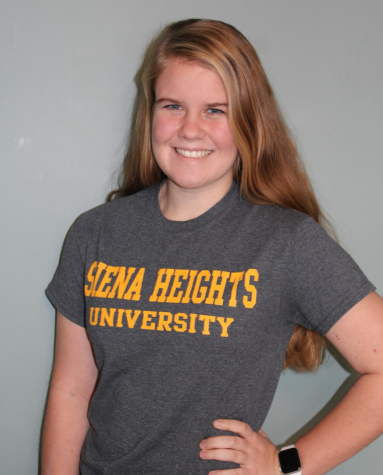